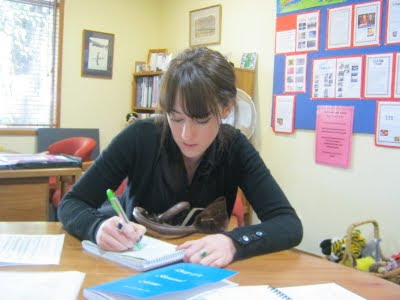 Always grateful to the first newspaper write-up by Rebecca Blithe. Rebecca gave me my first break. She contacted me and wrote this wonderful piece. From there, I was interviewed on national TV on Channel one on a documentary, my book was exhibited in England, and I had that dream of launching my 3 books, and meeting media.

Rebecca is now the editor at Girlfriend magazine NZ

The New Zealand Herald is a daily newspaper published in Auckland, New Zealand, owned by APN News & Media. It has the largest newspaper circulation of any in the country, peaking at over 200,000 copies in 2006, although numbers had declined to 162,181 by December 2012.[1] Its main circulation area is the Auckland region. It is also delivered to much of the north of the North Island including Northland, Waikato and King Country.[

By Rebecca Blithe
6:00 AM Friday Jun 3, 2011
A mother's account of the death of her newborn son has been turned into a book in the hope it will help other mothers heal. Rebecca Blithe meets the author. "The specialist said, 'You're going to have a normal baby'," says Ann Chin, as she sits with a pile of her recently published book, Diary of a Bereaved Mother.
But the days that followed the birth of her son, Andrew, proved anything but normal.
"Once I had my baby they realised he was dying," she says, of his diagnosis of Campomelic syndrome; a bone and cartilage condition resulting in short limbs and breathing problems because of a small chest capacity.
"They knew because of the scans, but they didn't investigate because it was a rare thing," she says, of the abnormalities. "When the baby was born, they resuscitated him. He was going to die that night. He survived for 55 days.
"One afternoon I was told he had died. He stopped breathing, he turned black, he was dead for half of the afternoon. Then he began breathing again." Describing that afternoon, the author seems lost for words. "You can't really give words, except that it was heart-wrenching, I was in a black tunnel."
During this period, Mrs Chin stayed in the nurses' home at National Women's Hospital, awaiting her baby's death, and writing.
"It was not only a diary for myself but I was writing letters to family in Australia and Singapore. I kept carbon copies," she says, adding her father had made his six children write daily compositions from a young age.
Twenty-one years later, after meeting other women who lost children, she decided to revisit her ordeal, in the hope of helping mothers cope and those close to them understand.
"Six hundred babies a year die. That's more than the road toll. [Compared to the funding for road safety] there's just nothing provided for us."
Mrs Chin, who teaches English as a second language, says reliving the experience was difficult but cathartic.
"I took out all my old files. I read them and I cried. I sat at the computer and I cried. But after a while, I was okay. Then I finished the first draft on his anniversary."
She says the feedback so far has been positive, especially from those who have had similar experiences.
"One of the mothers [from a Stillborn and Newborn Death support group], she just cried. She said to have someone writing about it was really helpful. I've spoken to grandparents as well. People tell me, 'Now I understand'."
Her story also tells of her disappointment with some of the staff at the antenatal unit and the importance of cultural sensitivity. "We had two doctors who kept saying, 'This is his problem'," she says, of medical staff shifting the blame.
The book has been requested by one of Mrs Chin's doctors, who is now based at the University of Toronto, Canada, to assist with training and hospital management procedures.
Dr Simon Rowley is a consultant at Starship Children's Hospital who's been given a copy of the book.
"It is a good reminder to all health professionals that when our patients leave us, the story does not end for the parents. The detail is amazing, and every little thought and action seems to have been recorded as it happened, and then has been reflected upon.
"For parents undergoing similar experiences this book could be a great comfort. For health professionals, I would see it as essential reading."
Further reading
Diary of a Bereaved Mother is available at The Women's Bookstore, 105 Ponsonby Rd, or  email Ann Chin: annkschin@yahoo.com