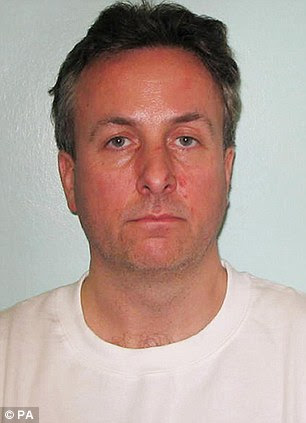 A jury cleared Mr Ellerbeck murder and convicted him instead of manslaughter on the grounds of lack of intent
Just four years after he killed his wife in a jealous rage, a millionaire banker is out of jail and back living with their two children at the family home where he strangled her.
Neil Ellerbeck, 49, has moved into the smart suburban house where he took his wife Kate's life after she asked for a divorce.
Mr Ellerbeck, who earned £170,000 as HSBC's global chief of investment, feared losing his two children, £650,000 home and £1.3million fortune in the break-up.
He lashed out after bugging her phone calls and reading her texts, discovering she had been having an affair with her son's tennis coach as well as having 'close friendships' with a childhood sweetheart and a chef at the Ritz.
She received 43 separate injuries in the attack in November 2008, around 18 of which were on her face.
After his furious assault, Ellerbeck collected their ten-year-old daughter from a school entrance exam.
He later insisted his 46-year-old wife had been alive when he left her.
During his Old Bailey trial three years ago, it emerged he had been having an affair himself during the troubled 14-year marriage.
He was acquitted of murder but jailed for eight years for manslaughter after a jury accepted he did not intend to kill his wife.
Time spent in custody awaiting trial and his good behaviour means he served a total of four years behind bars. Neil Ellerbeck, pictured is seen unloading boxes of what looks like flat pack furniture from his car and in to the house 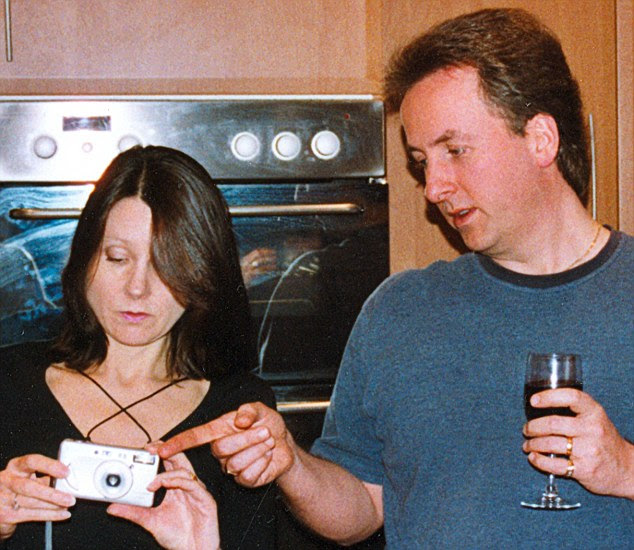 Banker Neil Ellerbeck and wife Kate are photographed at a party. Mr Ellerbeck was jailed in 2009 after being found guilty of her manslaughter
He moved back into the family home in Enfield, North London, after his release last month.
He has been seen moving flat-pack furniture into the property, now believed to be worth around £800,000, which he shares with his son, 17, and daughter, 14.
Yesterday, he said: 'It's early days. I'm just trying to get settled back with the children.